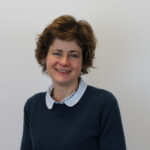 In this article, our environmental specialist Clare Fowell looks at Clean Air Day 2021 and discusses the main causes of air pollution in the UK and the changes we as a country are making to ensure a cleaner future.

Concern about air quality is not new in the UK. Coal smoke was a regular pollutant in major cities from the middle of the 19th century, giving rise to smog, a mixture of smoke and fog. The Clean Air Act 1956 was a response to the Great London Smog of 1952 which caused 4000 more deaths than normal associated with a peak in sulphur dioxide levels.

Currently, the key air pollution causes are transport particularly in urban areas, industry, power generation and farming. Both diesel and petrol vehicles produce nitrogen dioxides and particulate matter, with diesel vehicles emitting more pollution overall and more at ground level than petrol vehicles. The government push for diesel vehicles in the UK in the early 2000s to reduce carbon emissions indirectly resulted in an increase in local air pollution which is still evident.

Air pollution is the second leading cause of death from non-communicable diseases after smoking and is the UK’s biggest environmental health threat, estimated to contribute towards 40,000 excess premature deaths per year.

Air pollutants of major health concern include particulate matter, ground-level ozone, nitrogen dioxide and sulphur dioxide. Long-term exposure to air pollution is known to have respiratory and cardiovascular effects but may also result in a greater susceptibility to other diseases, either directly or indirectly. In 2020, for the first time, a coroner’s court found that air pollution had ‘made a material contribution’ to the death of a nine-year-old girl following an asthma attack, who lived near the South Circular Road in London.

Some air pollutants such as black carbon within particulate matter and ground-level ozone are also short-lived climate pollutants affecting the warming of the planet.

Therefore, air pollution is an issue that cuts across health and climate change, but also social justice as it affects disadvantaged or vulnerable people more as they cannot change the air they breathe where they live and work.

The COVID-19 lockdown last year gave people a taste of what it is like to have cleaner air due to the reduction in transport and production emissions. The effect was particularly prominent in the reduction of nitrogen oxides, a pollutant related to traffic which was reduced by around 50% in European cities.

The lockdown(s) have only had short-term effects and have done little to reduce air pollution long-term, but they have provided an example of how policies related to transport, working habits and consumption could be developed to provide health and environmental benefits.

Governments, businesses and individuals have different roles to play to mitigate climate change and achieve the Sustainable Development Goals.

The UK government has committed to a ban on new sales of diesel and petrol vehicles from 2030 and a promotion of electric vehicles, whereas UK air quality management policy is largely devolved to local authorities and is mostly focused on transport initiatives to reduce vehicle use. For example, Bath brought in a Clean Air Zone in March 2021, the first in England outside of London, to help tackle air pollution caused by vehicle emissions, followed by Birmingham more recently.

The economic recovery from COVID-19 must include environmental sustainability to improve health issues and climate change concerns to improve quality of life for all.

If you have any environmental related questions about your business you can contact Clare by email: clare.fowell@finch-consulting.com.

On World Recycling Day 2021, Finch look at an important proposed new area of legislation – the Plastic Packaging Tax – and what it will mean for business.

In this article Senior Environmental Consultant, Clare Fowell and Specialist Health and Safety Solicitor Julia Thomas discuss the environmental obligations on businesses coming out of lockdown and the potential risks to keep in mind.    During the coronavirus pandemic, the…