Teli is a Corporate Member of the Institute of Acoustics and Institute of Mechanical Engineers, a Chartered Engineer and a Registered Expert Witness in the fields of Planning, Nuisance, Licensing and Occupational noise/vibration exposure. Teli has over 20 years of experience... Read more 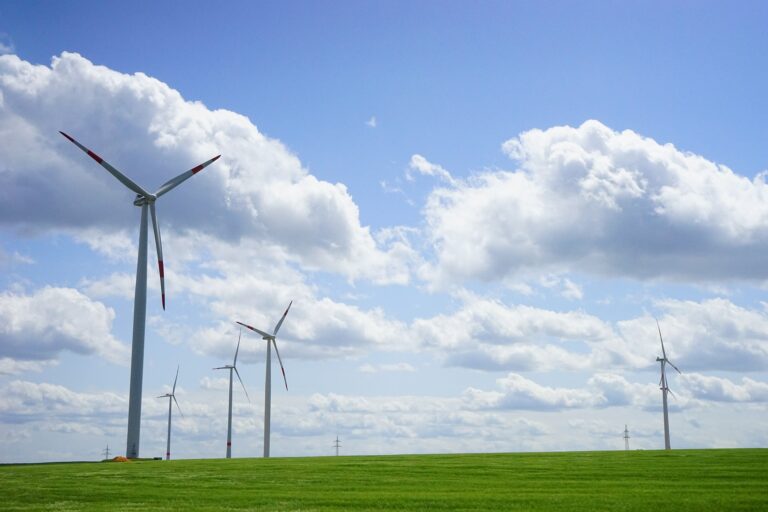 A member of Finch Consulting’s (Finch) Noise and Vibration Team was recently appointed to advise the County Court at Central London in relation to an ongoing case relating to disturbance, allegedly due to noise from building services plant in a block of flats.

The issue first materialised around 2009 when refurbishment works were undertaken. The Environmental Health Department of the Local Authority, alongside several independent acoustic consultants, had investigated the issue over the years with no resolution in sight. A Finch expert was appointed following the Court’s order for the parties to appoint acoustic experts.

Our expert, following an extensive investigation, in contrast with all previous practitioners, concluded that the issue at hand relates to low-frequency noise annoyance.

Heath v Brighton Corporation (1908) is an early case which highlights the effects of low-frequency noise on a sufferer and the law’s unwillingness to protect over-sensitive or unique sufferers of nuisance.

Our expert was able to provide a comprehensive report to assist the Court in understanding the issue at hand, the technical complexities involved and the remedies that could be considered.

Low-frequency noise, in the frequency range from about 10Hz to 200Hz, has been recognised as a special environmental noise problem, particularly to sensitive people in their homes. Health care systems around the world, are facing the prospect of nearly 40% of their population being over 65 by 2051. This population dynamic may represent an important influencing variable for care agencies responsible for solving LFN problems, and related annoyance, as the largest population of LFN sufferers is in the 50+ age group. An approximate estimate is that about 2.5% of the population[1] may have a low-frequency threshold which is at least 12 dB below the average threshold, corresponding to nearly 1,000,000 persons in the 50–59-year-old age group in the EU-15.

Conventional methods of assessing annoyance, typically based on A-weighted equivalent level, are inadequate for low-frequency noise and often lead to inappropriate decisions by regulatory authorities.

The Low-Frequency Noise Sufferers Association was formed in the UK in November 1989, following a conference of people affected by low-frequency noise.

Leventhall [2] review in 1989 suggested that local authorities in the UK might receive over 500 complaints of low-frequency noise a year for which nearly 90% of the noises are identified. Work in 2004 on a small sample of complaints, indicated that only about a third of complaints were resolved by technical means, whilst for the remainder, the noise source could not be found, the noise could not be measured, or measurements of noise did not correlate with the complainant’s perception of it.

In a different publication, Leventhall et al[3] say that low-frequency noise causes severe problems to the small number of people who are sensitive to its effects. Complainants tend to be middle-aged and older, although a small number of younger people may be affected. Perception of any continuous noise, at any audible frequency, will cause distress, but legislation and control action is, in practice, more effective at solving higher frequency noise problems.

A result of the difficulties in assessment and control is that there are a number of people in the community, mainly older people, whose quality of life is affected by their perception of low-frequency noise. Their complaints should be taken seriously, and the demand upon resources will intensify with current demographic trends towards an ageing population.

Locating and controlling the source of the noise ought to be the priority, but this is not always possible. In the recent case in which Finch was involved, practitioners did not make the correct diagnosis of the situation for almost 10 years, and the judge involved in the case appeared to take a hostile view towards the complainant. In a lot of these cases, complainants are left to endure the problem, continuing to suffer without further complaints to external authorities. A very small number of complainants are known to have improved their situation by changing and controlling their attitude to the noise, in a form of self-help.

Guidance on the assessment of low-frequency noise

Regulatory authorities must accept that annoyance due to low-frequency noise presents a real problem which is not addressed by the commonly used assessment methods for environmental noise. The A-weighted sound pressure level is inadequate, as is the NR and NC criterion curves.

Complaints of low-frequency noise are investigated under the Environmental Protection Act 1990 and enforcement action is only viable if a local authority is satisfied that a statutory nuisance exists. Consequently, a decision of ‘Not a nuisance’ is often made.

Low-frequency noise is not effectively legislated for and investigations can produce controversial, contradictory and inconclusive results. In a study by Moorhouse et al[5] a total of 11 LFN complainants were referred by environmental health officers with 3 self-referrals. The officers in this study investigated the complaint in all referred cases and generally made sound level measurements in the complainants’ properties. In some cases, investigations were also carried out in neighbouring properties or by the utility companies[6]. In half of the cases, measurable LFN was recorded but was not considered actionable by the EHO (‘No Nuisance’ cases). Other cases were assessed as ‘No Noise Found’.

The Salford report states that:

In Section 4.1 the document presents the criterion curve shown in the table below:

NB: If the noise occurs only during the day then 5 dB relaxation may be applied to all third-octave bands

Fluctuating sounds are known to be more disturbing than steady sounds. The report, therefore, states that the criterion curve should be relaxed by 5 dB for steady sounds to take account of this. If the sound is audible, then a subjective judgement may be made as to whether it should be considered fluctuating.

The Salford Procedure says that in many cases (typically 50% to 80% of cases), no environmental sound that could account for the sufferer’s reaction can be found, and the cause of the disturbance remains a mystery.

A paper by Moorhouse et al[9] reviews a protocol to support LFN sufferers in the UK, in cases where the source of the disturbance was not found. The paper also says that “anecdotal evidence also suggests that there are further categories where a LFN was present but has disappeared by the time of the investigation although the disturbance continues. A likely mechanism for the delayed responses in such cases is a cycle of increased auditory gain and anxiety“.

For cases where the source of the disturbance remains a mystery, and therefore there is no prospect of external control of the perceived LFN, Moorhouse et al proposed and tested an alternative means of mitigating the disturbance to the sufferer. The proposed therapeutic approach draws on an understanding of the mechanisms involved in troublesome tinnitus and hyperacusis (there is no implication that LFN complaints are necessarily caused by tinnitus).

The general impression from the results of the work by Moorhouse et al is that some of the subjects benefitted from the intervention, with others showing little change; the factors likely to influence success are the quality of the referral by the EHO, the quality of the audiology input and the attitude of the complainant.

In addition, Leventhall et al[10] in 2009 developed a Defra-funded course in computerised Cognitive Behavioural Therapy aimed at relieving the problems of those suffering from noise exposure, in particular, exposure to low-frequency noise. The course enabled participants to learn methods of coping with the noise, by guiding them through a course of CBT which had been specially prepared for sufferers from noise.

In 2005, under the same Defra funding, Leventhall et al also produced the document Coping strategies for low-frequency noise. A small group of people, whose complaints of low-frequency noise had not been resolved, were invited to attend a series of relaxation sessions led by a psychotherapist. The aims of the sessions were to improve the participants’ coping strategies and their quality of life and to relieve them of some of the distress which the noise caused. A general reduction in the subjects’ stress levels was shown, suggesting positive effects of psychotherapy upon symptoms that had, in this group’s case, proved resistant to improvement by the conventional local authority and specialist interventions. This ‘therapeutic’ approach to LFN interventions could lead to improved health and effectiveness and fewer demands on local services. Although the techniques of tinnitus management were informative, the analogy between the problems of low-frequency noise sufferers and those of tinnitus sufferers fails at the point where low-frequency noise sufferers believe that an external agency is the cause of their problems.

[3] Leventhall et al Development of a course in computerised Cognitive Behavioural Therapy aimed at relieving the problems of those suffering from noise exposure, in particular, exposure to low-frequency noise (NANR 237) June 2009

[4] Leventhall, H. G., Benton, S., and Pelmear, P. A review of published research on low-frequency noise and its effects. Prepared for Defra, 2003

[7] Procedure for the assessment of low-frequency noise disturbance, Moorhouse, AT, Waddington, DC and Adams, MD,  Revision 1 December 2011, Contract no NANR45

[10] Leventhall et al Development of a course in computerised Cognitive Behavioural Therapy aimed at relieving the problems of those suffering from noise exposure, in particular, exposure to low-frequency noise (NANR 237) June 2009

The law states that work machinery placed on the market must be designed for low noise emissions. Manufacturers/suppliers must also provide warnings of the noise risk, and make a declaration of the levels of noise.  This briefing outlines the steps that manufacturers can and should take to meet these requirements.

In this vlog, our Teli Chinelis discusses the role of a noise consultant in the built environment.

The pandemic has brought into prominence plans to convert various buildings into residential use. An attractive planning vehicle for such conversion is the permitted development rights route without seeking planning permission. Instead, applicants are required only to make a ‘prior approval’ application. Our Teli Chinelis briefly discusses the acoustic implications of this route.