The pair were in attendance of The Royal Film Performance to help support The Film and TV Charity, an organisation that supports the tens of thousands of people working behind the scenes in the UK’s world-leading film and television industry.

Working in Leisure and Creative Industries, Finch Consulting is a keen supporter of improving mental wellbeing in the workplace and recently committed to support 6ft From The Spotlight, an organisation founded by Matt Longley in 2017 to help those suffering with mental illnesses within the music and film industry.

Commenting on his red-carpet experience, Matt said, “To attend this film premiere with Julia, on behalf of 6ft From The Spotlight and Finch Consulting was fantastic. We need to shine a light on mental health issues, the music and film industry faces, so to see The Film and TV Charity selected as the beneficiary for funds raised on the night should help to highlight and provide support for those suffering within the industry.”

Set during the First World War, 1917 stars George MacKay and Dean-Charles Chapman in the story of a seemingly impossible mission where two young soldiers must cross enemy territory to deliver a vital message. Among the starry cast are Mark Strong, Andrew Scott, Richard Madden, Claire Duburcq, with Colin Firth and Benedict Cumberbatch. 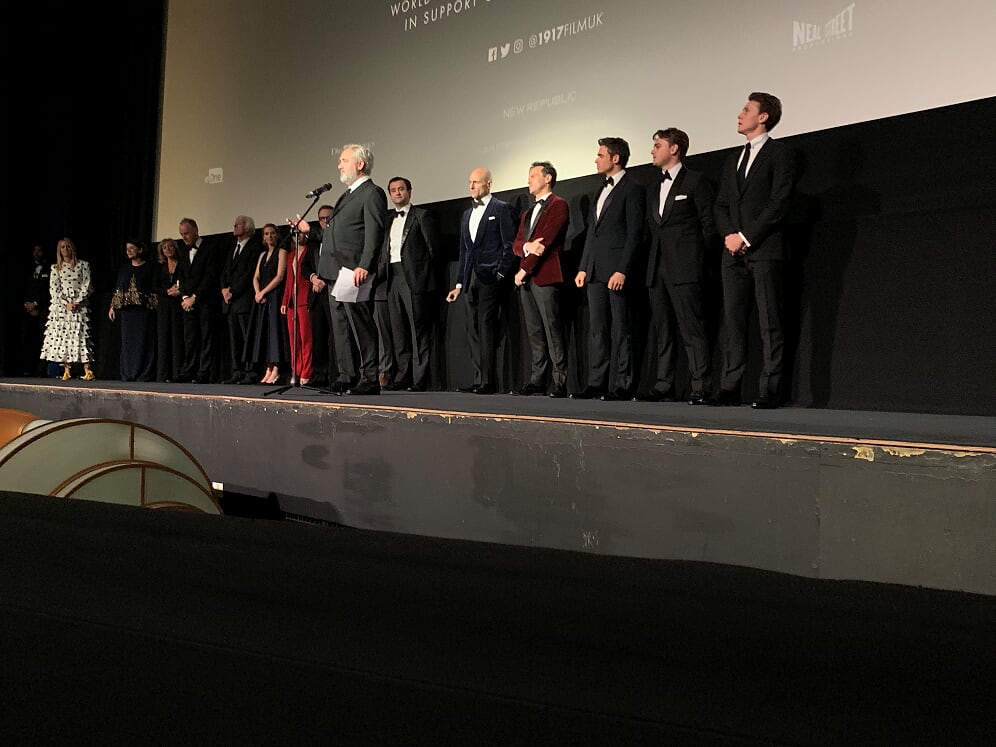